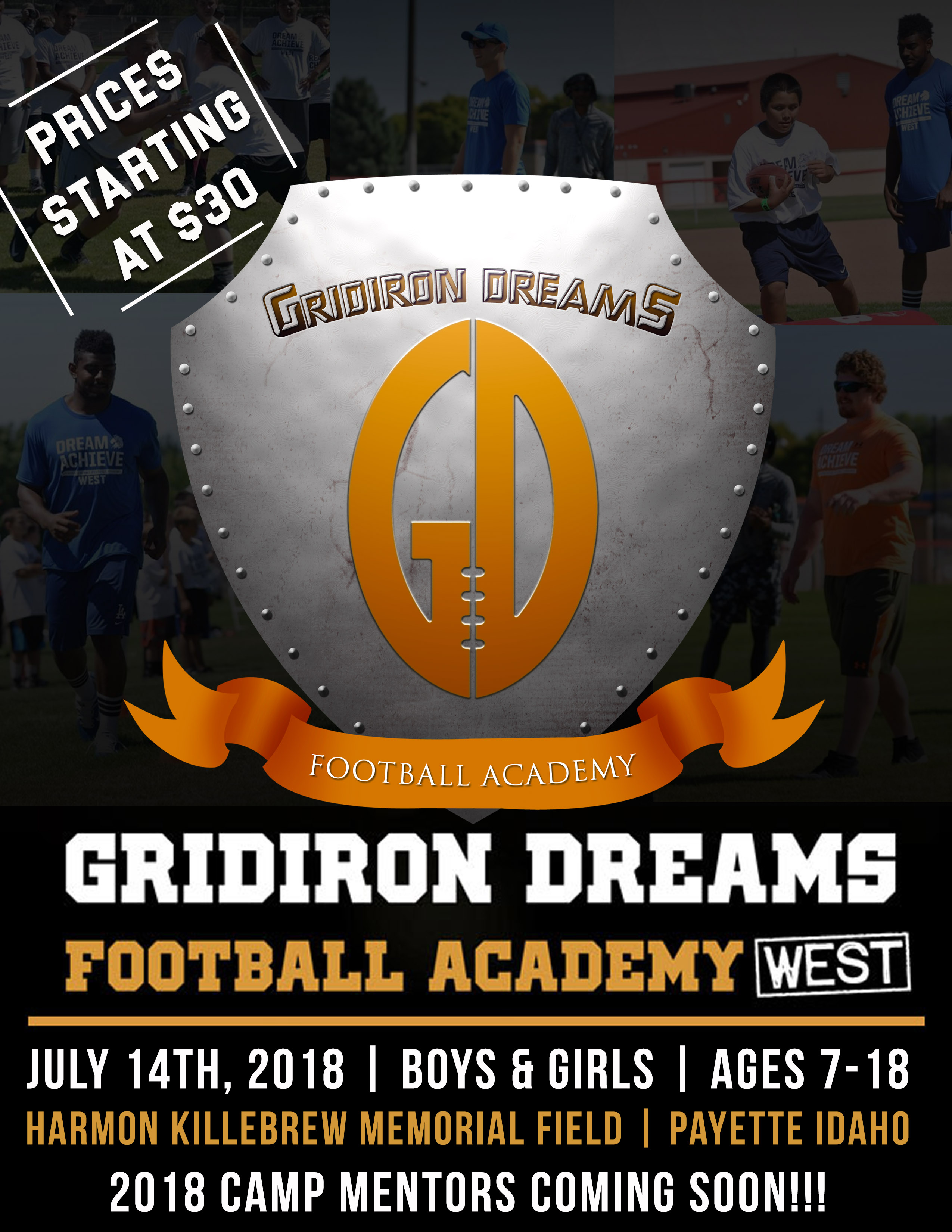 Gridiron Dreams Football Academy was founded to impact athletes around the community and implement strong messages about on-field success and off-field commitment and passion. Gridiron Dreams will feature a one day camp for ages 7-18 consisting of non-padded football and speed fundamentals. Official camp itinerary will be released at a later date. Any questions or concerns please reach out to us at GridironDreams@gmail.com.

*Participants registering after July 10th may not be able to receive free camp T-shirt due to lack of pre order deadlines.