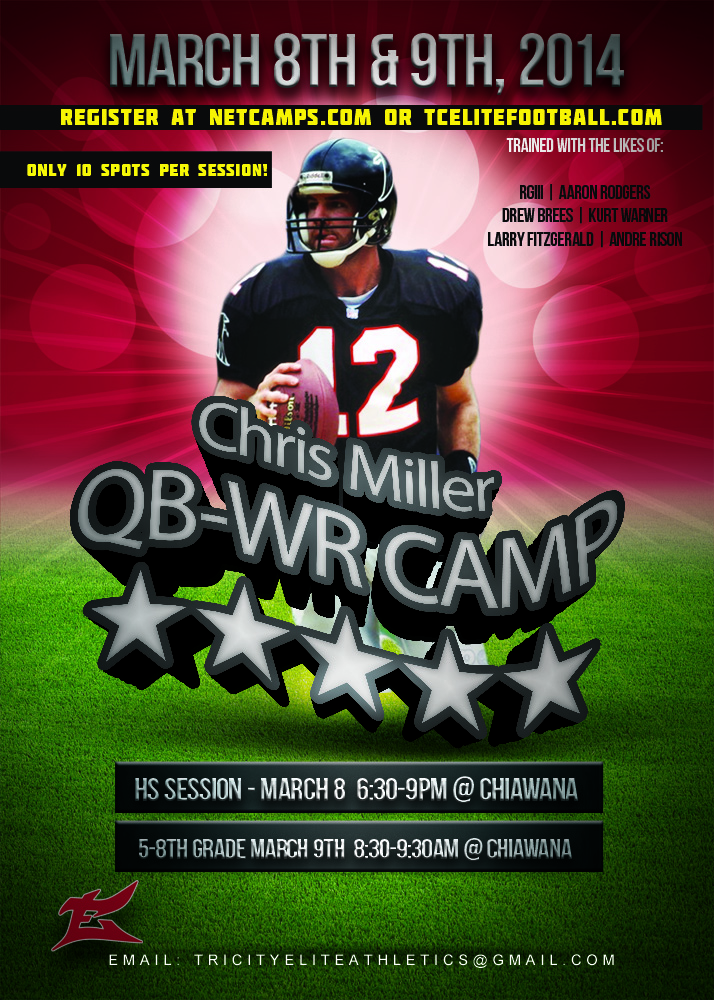 Chris Miller comes back to the Tricities after helping some of the best quarterbacks in the area reach their full potential.

Chiawana Senior quarterback Joey Zamora attended last year's camp and helped his team bring home the 4A State title trophy topping it off with a game winning TD pass in the State championship game.  On top of that Zamora was 1st team all conferance for the Mid Columbia Conferance.

Over the past couple of years Miller has helped 6 high school quarterbacks earn a full ride scholorship.

This year's Chris Miller camp will be held March 8th and 9th in 2 locations.

March 8th is reserved for some of the best high school quarterbacks in the NorthWest at Chiawana practice field. (6:30-9:00pm)

Darreon Moore WSN freshmen of the year for MCC

This is to name a few.  Get results, get recognized and get your football season started with a man who has done it at every level.