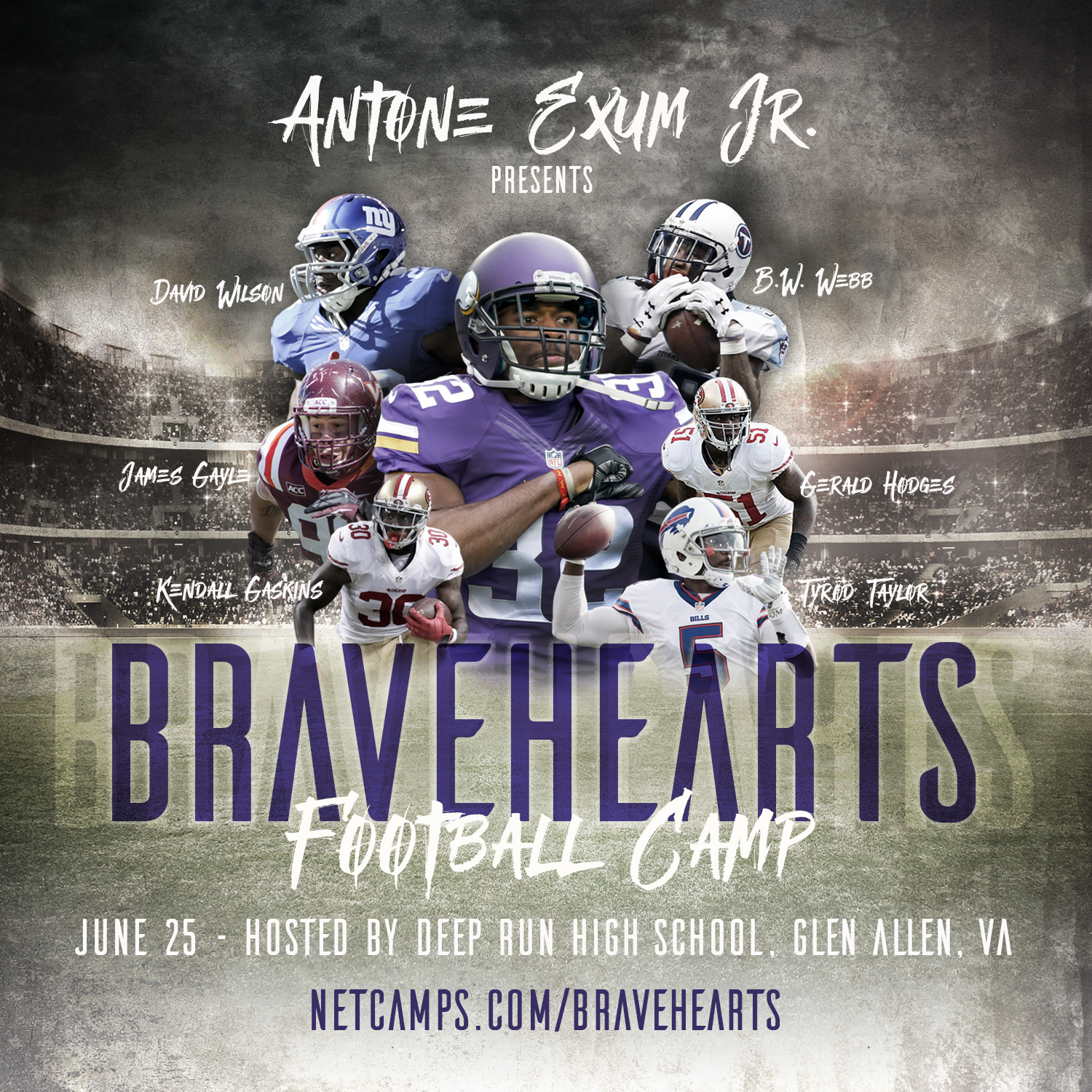 This inaugural camp will feature a line up of NFL stars  coaching and interacting with participating youth. NFL players include Tyrod Taylor of the Buffalo Bills, B.W. Webb of the Tennessee Titans, James Gayle of the Washington Redskins, Gerald Hodges and Kendall Gaskins of the San Fransisco 49ers and Virginia Tech legend and former NY Giant David Wilson. Additionally we will have on site the Deep Run High School football staff and select athletes to help coach. The day will consist of non-padded football fundamentals from those who have competed at the highest level of the sport.

"Brave Hearts Football Camp was founded in conjunction with Deep Run High School to give local kids an avenue to learn more about the sport and have fun while doing so. Hopefully it will be camps like mine that motivate, and inspire kids, while growing a love for the game. As a child I was fortunate enough to be able to attend camps, and that is the impact it had on my life. The name "Brave Hearts" stemmed from an ideology that is everything to me. Heart. Not only in the game of football, but in the game of life. The positive measure of a person's heart can take them millions of miles. There were, and still are so many times throughout my life where tough decisions have to be made in order to keep my eye on the bigger picture, that's having a Brave Heart. There were/are many sacrifices, that's having a Brave Heart. There were/are many physical risks, that's having a Brave Heart. At the end of the day, I love this game. I love the kids. So join me in mixing the two on June 25, at my inaugural camp"