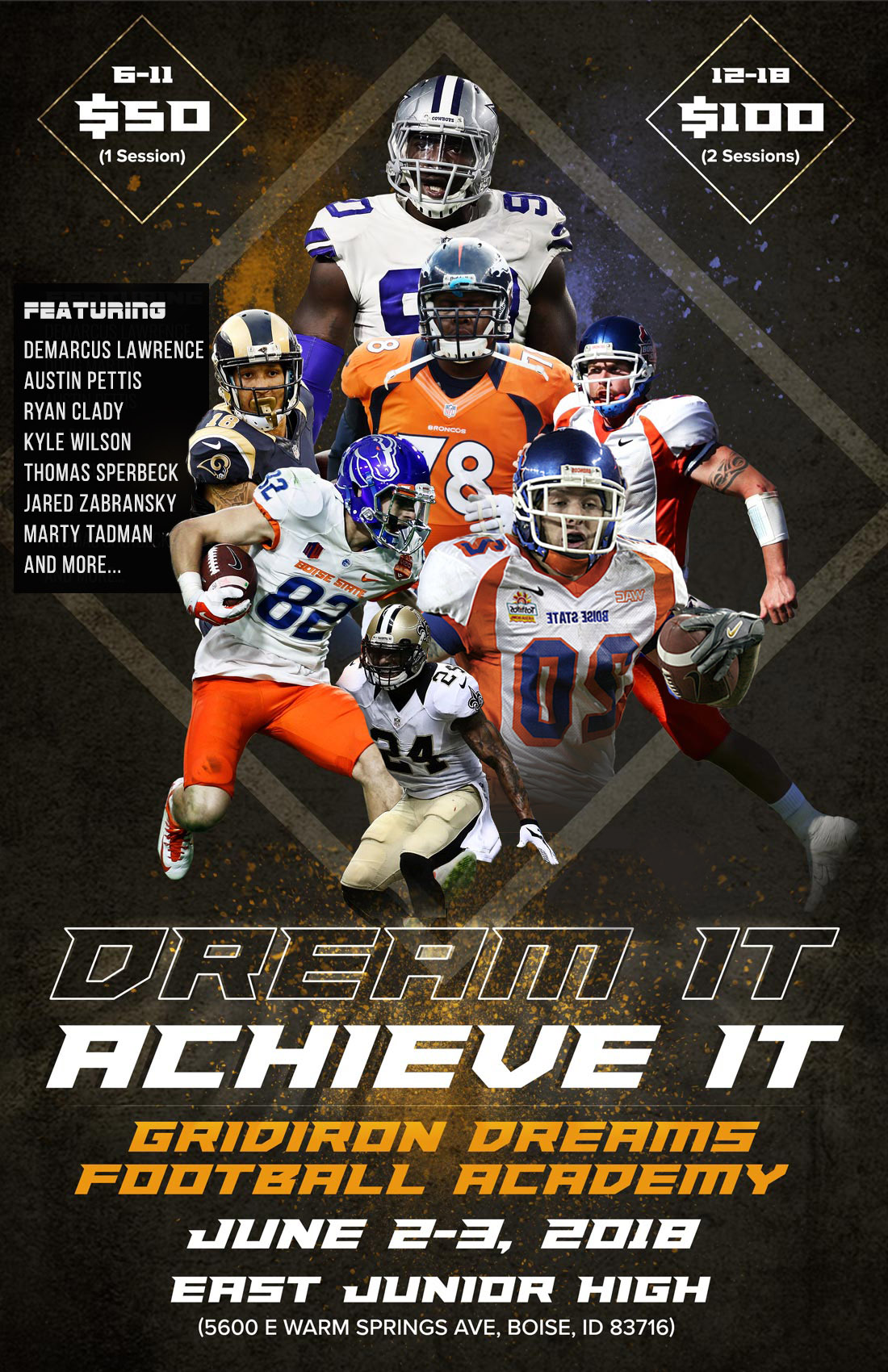 Gridiron Dreams Football Academey was founded to impact athletes around the community and implement strong messages about on-field success and off-field commitment and passion. Gridiron Dreams will is open to boys and girls, ages 7-18 consisting of football and speed fundamentals. Participants will receive one-on-one coaching from mentors currently participating in the highest level of football.

Gridiron Dreams Football Academy's mission is to have participants grow on the field as athletes, and off the field as leaders in the community.

*No Refund will be processed after May 25th