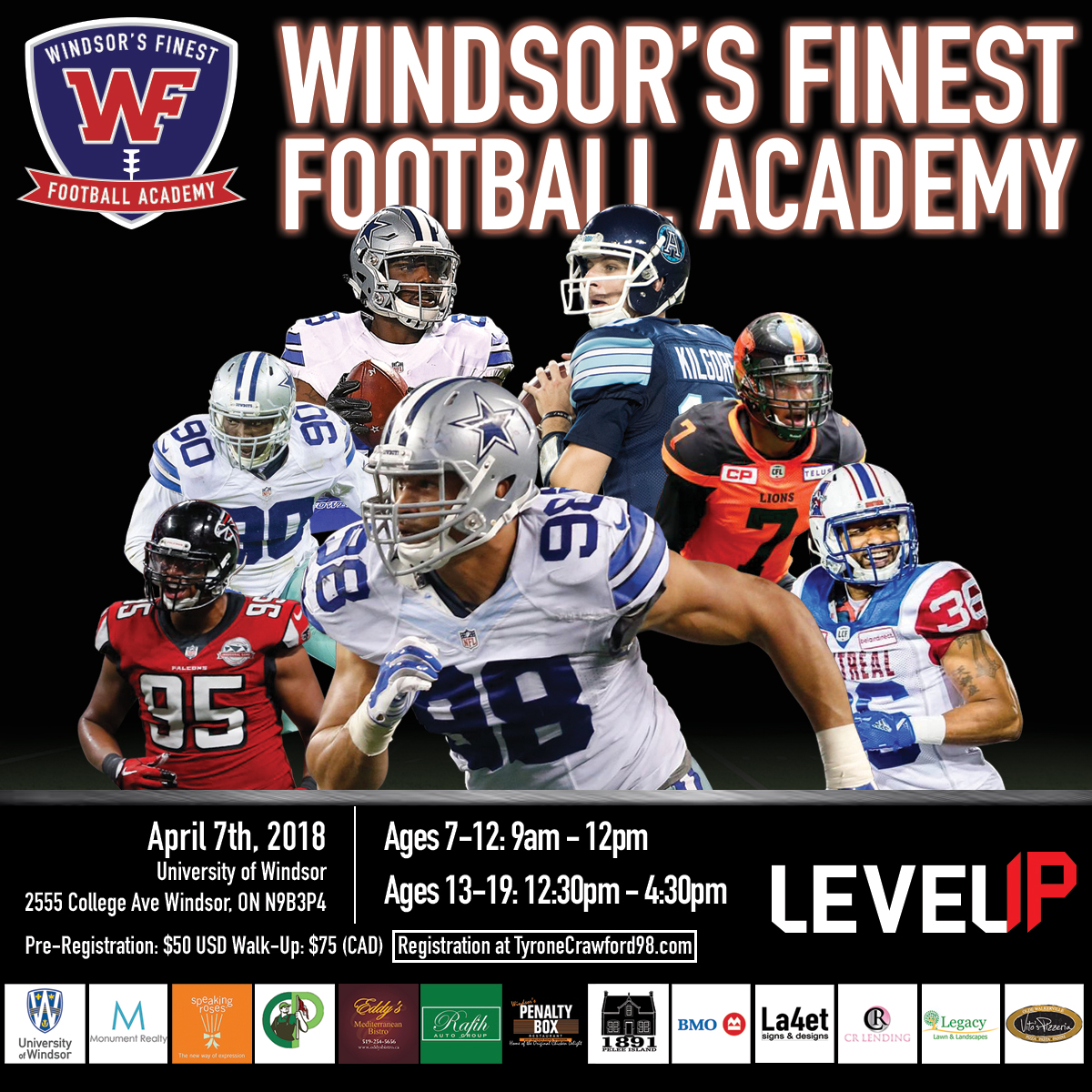 Level Up. This is the phrase that drives the 2018 Windsor's Finest Football Academy. It is an anthem that shows no matter what adversity you're up against, it is your decision to "Level Up" in everything you do.

Windsor’s Finest Football Academy will feature a one-day camp consisting of two sessions broken up by age. First session will be 7-12 years old and second session will be 13-19 years old. Participants will gain knowledge in football and speed fundamentals, while receiving one-on-one coaching from mentors currently participating in the highest level of football. Off the field, camp mentors will help introduce the topic of anti-bullying through assemblies with personal stories and experiences.

Camp goals are to impact athletes around the Windsor community and implement strong messages about on-field success and off-field issues like Bullying.

Windsor’s Finest Football Academy's mission is to have participants grow on the field as athletes, and off the field as leaders in the community.

(***PLEASE NOTE: DUE TO DEMANDING NFL AND CFL SCHEDULES, CAMP STAFF IS SUBJECT TO CHANGE.***)